HomeIs This The Future of HGV? 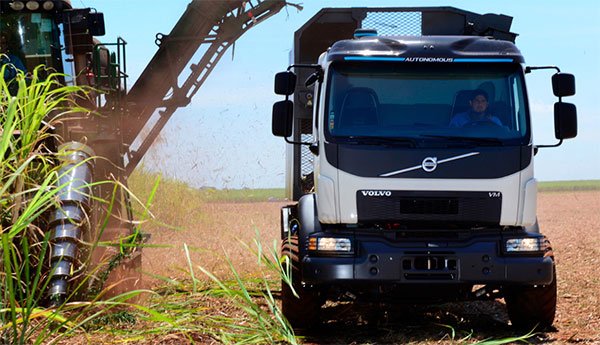 Is This The Future of HGV?

Recently, Volvo Trucks covered a new milestone in the HGV industry. By coming up with the idea of a self-steering truck in Brazil, Volvo got everyone’s attention. The prototype trucks which were tested recently, have been developed to help prevent crop wastage while harvesting sugarcane.

This is Volvo’s second project after the unveiling of autonomous garbage trucks. According to facts revealed by Volvo, every season around 4 percent of the crop gets run over by drivers, accidentally. This means a loss of tens of thousands of potential revenue per truck. The system installed in the self-steering trucks is supposedly so precise that it won’t let the truck deviate for more than 25 millimetres (0.9 inches). The truck uses two gyroscopes and a GPS-based system to follow a coordinate-based map.

According to Wilson Lirmann, President of Volvo Group Latin America, this will assist the driver with steering and help him relax and concentrate on the job better throughout the shift. While loading, the driver can regulate speed by using the vehicle’s cruise control. With the introduction of this system, sugarcane farmers can aim to significantly increase productivity and eventually generate more revenues. This will also improve the drivers’ working conditions and safety and it would be easier to employ and maintain drivers as this system would make the job more appealing to the drivers.

This project is expected to go into product development phase in the summers of 2017 and thereafter these trucks would be available commercially in the foreseeable future. Currently, Volvo is also testing autonomous trucks for mining operations and autonomous garbage collection, in Sweden. Such projects aim to contribute towards higher productivity, a safer working environment and a healthier environment. They ensure that in the future, anyone who undergoes HGV training and enters the HGV industry has a lot more potential than before.