HomeEmissions Cheat Devices to be Included in Roadside Checks of Lorries 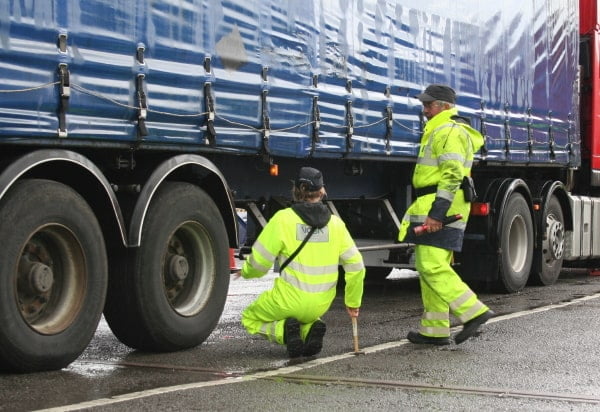 Emissions Cheat Devices to be Included in Roadside Checks of Lorries

A step has been taken by DVSA to improve air quality. A report published in June 2017 stated that from August 2017, along with the usual roadside checks made on HGVs, emissions cheat devices will also be checked. By taking this measure, DVSA aims to home in on those who have been breaking the law by using emissions cheat devices to cut operating costs.

These include using illegal engine modifications, using cheap/ fake emission reduction devices or diesel exhaust fluid; using devices which stop emissions control systems from working and removing the diesel particulate trap or filter. If an HGV with a tampered reading is found on the road, the operator will be given 10 days to get it fixed. If it is not fixed within this period, the vehicle will be taken off the road and a fine will be issued. Vehicles of repeat offenders will be taken off the road immediately if DVSA enforcement staff deems it necessary.

According to the law, it is not the owner of the vehicle or the company who will be held responsible for breaking the law, but the operator of the lorry who will be driving it on the day. This is because it is the responsibility of the driver to make sure the vehicle is safe and meets all regulations, before going on the road.

In a statement given by DVSA Chief Executive, it was mentioned that this new initiative is being taken to free Britain’s roads from dangerous vehicles and protect everyone from unsafe drivers and vehicles. The transport minister added by saying that he welcomes this crackdown on road hauliers and that we all need clean air to live and work in. To avoid any trouble, it is best to get your vehicle checked for any such illegal device, before August 1st, 2017.