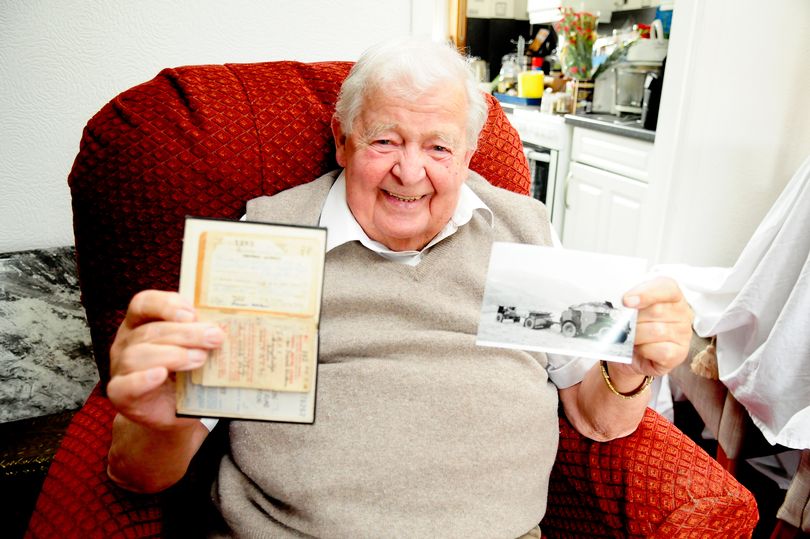 Dave Wilson of Mossblown, recently made it to the news for being the oldest advanced driver of the UK. The 87-year-old was crowned as one of Britain’s oldest kings of the road when he passed a top advanced driver’s course.

The great-grandad may have been driving for almost six decades but the high-spirited, the pride of Ayrshire’s advanced motoring club, Davie says he’s just revving up.

Happy to be a part of a small and devoted group, which meets outside Ayr at Auchincruive every Monday night, the pensioner says he loves driving now more than ever before. He admits that being a part of the group of advanced drivers has given him a new sense of confidence.

Dave Wilson first sat behind wheels at the age of 19, when he served in the Royal Artillery. Now at the age of 87, the HGV driver is being referred to as ‘an example for all’. By receiving the prestigious ROSPA road award, he has gained more respect in the eyes of his colleagues at the club.

The pensioner is a granddad of eight and ran his own painting and decorating firm before he decided to join the advanced drivers only to pass time. It took Dave three whole years to get to his current level and he is well proud to have achieved the grade.

Dave Wilson stated that many of the roads in the Mossblown area are quite dangerous to drive on but by keeping in mind the road conditions, like on any road, they can be driven on. This is why attaining this qualification was very important, he added.

Walter McKelvie, the group tutor at the advanced driving club, said that Dave Wilson has no doubt set an example for many young drivers and proven that age is certainly no barrier to achieving success in life.