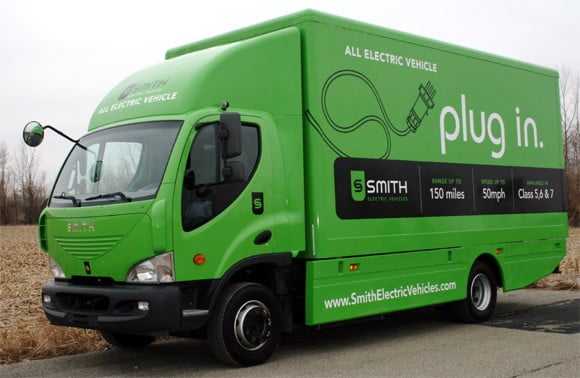 All over the world, the electric power vehicle industry is growing at a fast pace. One of the reasons for this is the announcement made by several cities’ mayors. Diesel-powered vehicles will be completely eliminated from the city centres of France, Madrid, Athens and Mexico City by the year 2015. Recently the UK government also entered the league and announced a ban on the sale of these vehicles by 2040.

At the moment, a large number of car manufacturers, produce hybrid cars. But to make a real difference in cutting down pollution, van and trucks also need to use cleaner engines. A research done about this issue revealed that in Europe, HGV or commercial duty vehicles make up for under 5% of the vehicles on the roads. However, they contribute to almost 20% of greenhouse gas emissions.

In Germany, Deutsche Post started producing electric vehicles which would be available for selling soon. The city of Los Angeles, USA aims to have a 100% emissions-free bus fleet by the year 2030.

Data portal Statista states that there are over 300 million commercial vehicles worldwide. According to the International Energy Agency (IEA), electrification of approximately 600 million vehicles around the world by the end of the century will play a major role in keeping the global temperature rises under 2C. With commercial vehicles contributing to such a high proportion of gas emissions, it would be impossible to have a cleaner environment without the electrification of these vehicles.