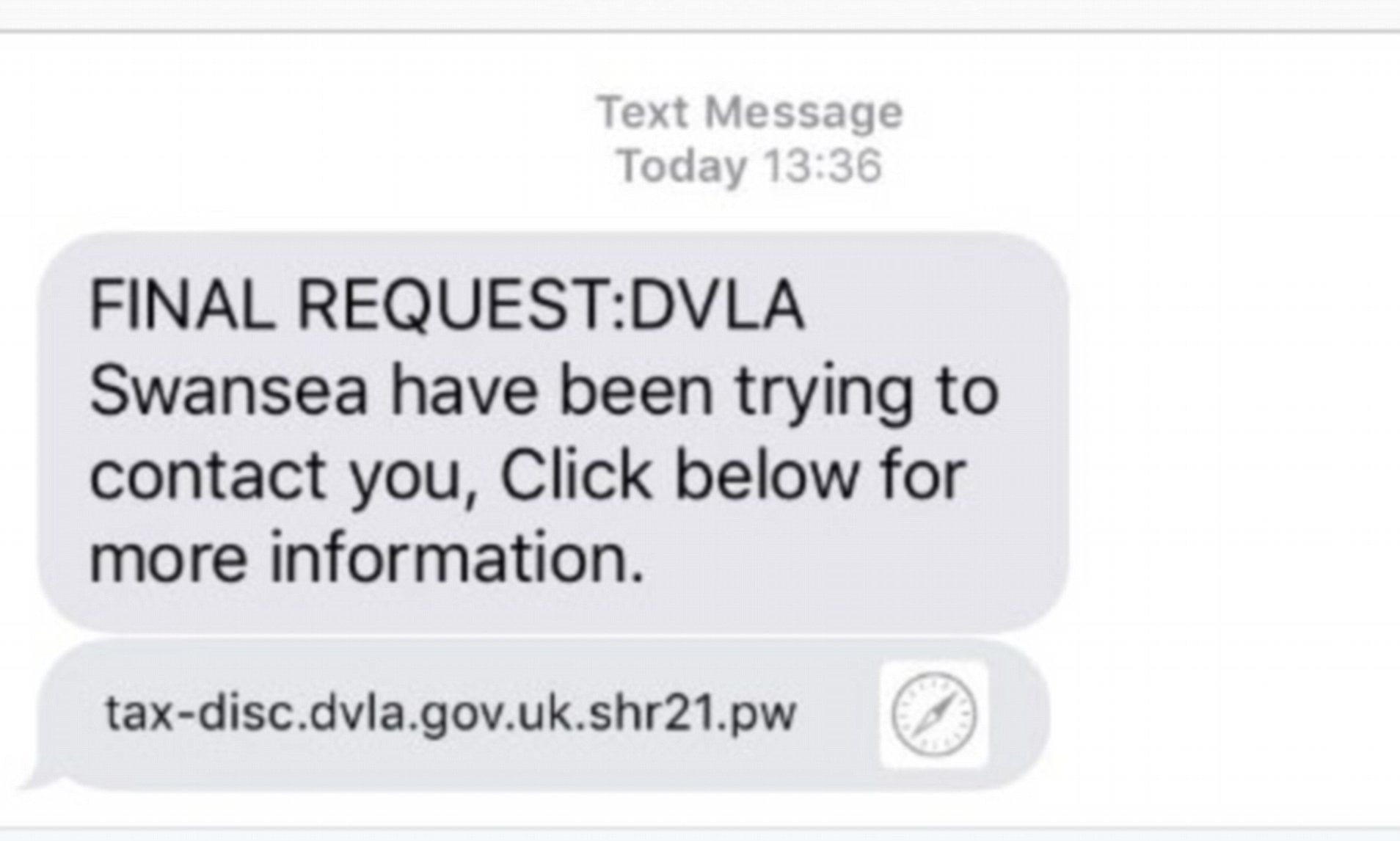 It was brought to DVLA’s notice that scammers are sending text messages to motorists, claiming to be from the DVLA. These messages appear to be official notices and ask people to enter their personal details or payment information.

One of the reported messages read ‘FINAL REQUEST: DVLA Swansea have been trying to contact you. Click below for more information.’

Following these reported messages; DVLA has declared that it has not sent out any such messages or emails to motorists. It would not ask people to click on website links and enter their personal information. It is possible that these messages contain malware, a type of virus which can steal information such as your bank login details.

Several of the recipients of these messages have taken to Twitter to speak about them. One person claimed that the domain of these links was registered in Panama. Motorists requested DVLA to investigate the matter. A DVLA spokesperson confirmed that they are aware of this text message scam going around appealed to the public to never click on these links and to delete the messages.

A similar incident occurred in Swansea last summer when several people received phone calls claiming to be from the DVLA. According to the Swansea Council Trading Standards, these impostors tried to lure people to share their credit card and personal details with them.

Yet another fraud in the name of DVLA surfaced last year. Several motorists received an email promising a refund of £240. It even contained DVLA’s logo and font. The email had a link to a ‘secure web form’ which intended to take personal information from unsuspecting motorists.

It is advisable to never click on any suspicious-looking links and always confirm with the authorities before giving out personal information through phone, email or a text message.