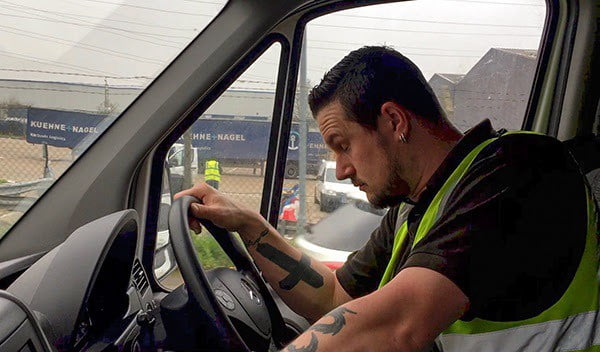 While everyone knows about the dangers of tiredness, many struggle to address it – with one in six admitting they have fallen asleep at the wheel, and almost half of those surveyed stating that they had been a danger to themselves or others.

When you’re tired on the road, do you push through it and attempt to make it to your destination on whatever energy you can muster – or do you stop for a short break? If your choice is the latter, you’re in the minority with only 48% of those surveyed saying they stop for a short break when tired and heeding Government warnings. The vast majority of drivers said they drove whilst tired because they have to for work or for their family life.

Staying Alert on the Road

What are your techniques for staying awake on the road when tiredness starts to set in? According to the survey, the most popular methods of combating tiredness behind the wheel are:

Does Technology Hold the Answer?

SmartWitness has devised a new system which recognises whether the driver is in fact focused on the road and sends out alerts to wake them. Using facial recognition software, the system is able to tell when the driver is suffering from fatigue and will send an alert to the fleet manager to inform them of this. The DDC100 can also recognise when the driver is using a mobile phone at the wheel or otherwise distracted while driving.

The Importance of a Good Night’s Sleep

It is estimated that driver fatigue can be linked to as many in 20% of driver deaths every year, and tiredness-related collision are three times more likely to be fatal or result in a serious injury due to the high speeds experienced at impact and the lack of evasive action taken by a sleeping driver.

It is found that almost half of the respondents to the survey were not getting the recommended 7-8 hours sleep a night and 85% of those questioned said they experienced at least one night’s sleep a week on average. On at least half of those days they were driving badly they were also driving a vehicle.

Business drivers and couriers were particularly susceptible to these dangers due to hectic schedules and increasing working hours. It is vital that both drivers and employers are more aware of the dangers tiredness can cause, whilst proactively taking measures to remove the dangers from the roads to both themselves and other road users.