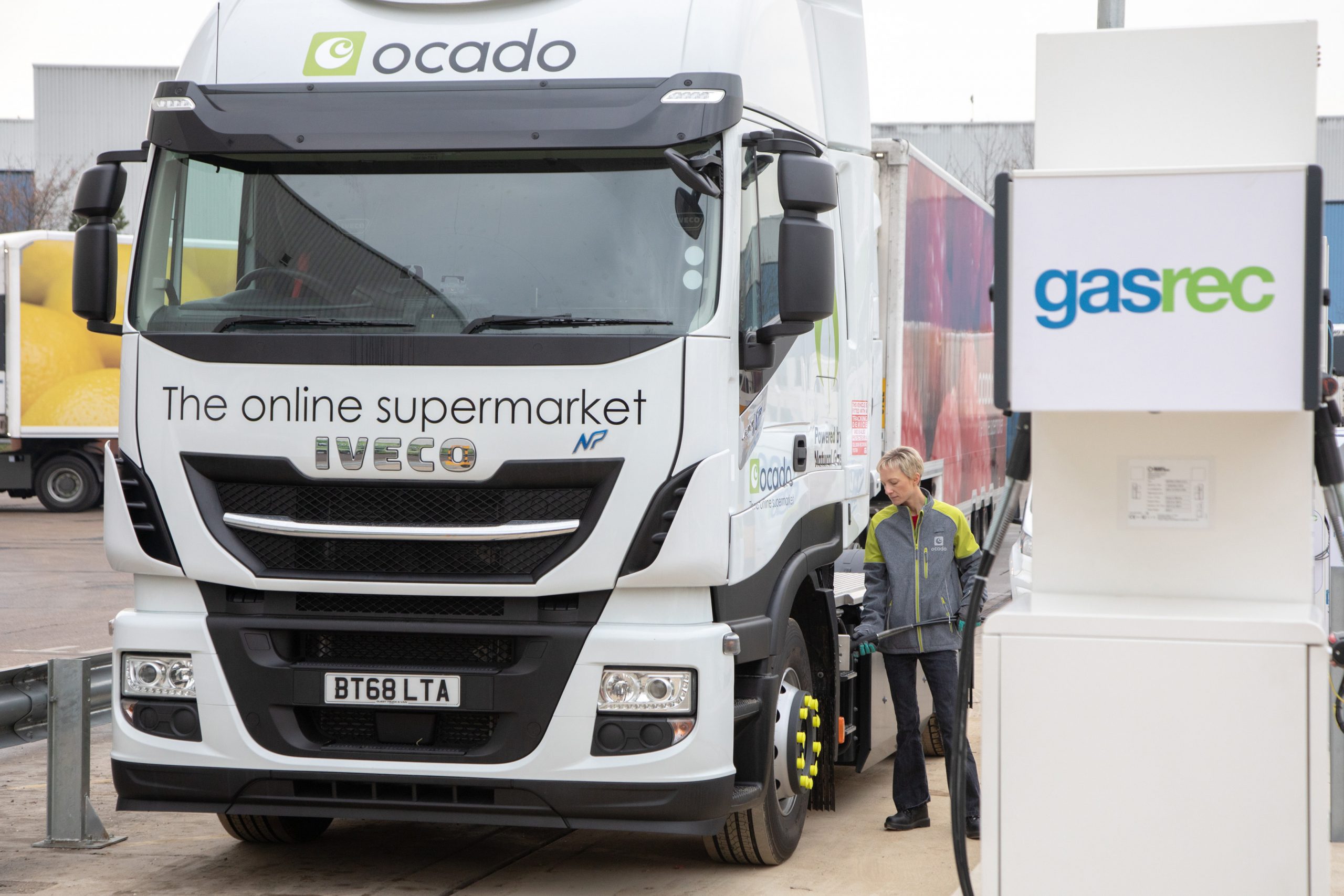 Ocado has opened a self-funded natural gas refuelling station in the UK for it’s HGV fleet – a move claimed to be a first among retailers.

The lorries which account for a fifth of Ocado’s fleet are posed to reduce the overall emissions of their vehicles by as much as 20%, Ocado said.

The online supermarket is planning to add another 11 gas HGVs to this fleet this year building on a £3m investment in alternative fuels so far.

“By investing in gas-powered vehicles, and in our first on-site refuelling station, we’re future-proofing our fleet and our business,” said Graham Thomas, Ocado’s fleet services manager. “Emissions from compressed natural gas are cleaner than Euro VI standards which start to take effect with the London low emissions zone next April, and will soon be followed by a further 32 clean air zones.”

Ocado acquired the 29 Iveco trucks last July, with 4 going into service immediately and the reaining joining the fleet with the opening of the new fuelling station.

Built by natural gas supplier Gasrec, a 10 year support and maintenance contract has been agreed.

Waitrose have 58 gas lorries, and last year they added zero-emission refrigeration units to six of the trucks