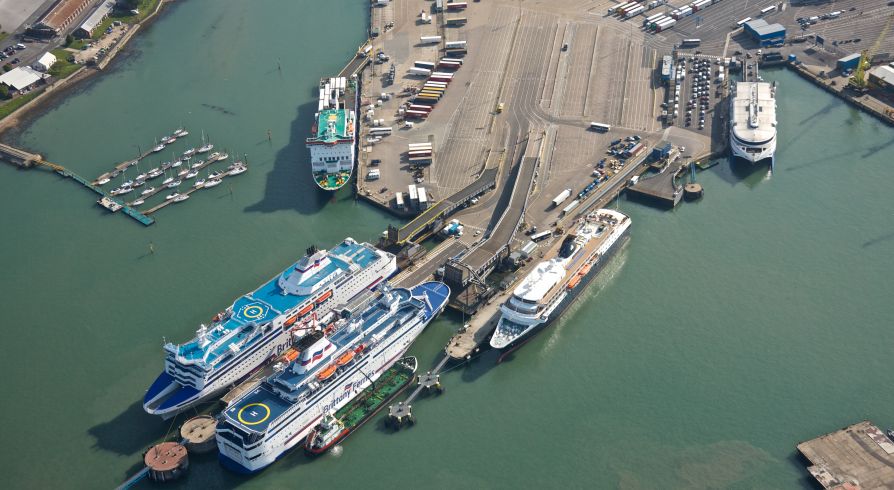 Should We Be Worried About Portsmouth Port’s Brexit “Border-Readiness”?

In the event of a no-deal Brexit, there are many problems that will arise for UK industry almost overnight.


This presents a number of huge challenges to officials at one of the main ports on the border between the UK and the EU – Portsmouth.

In the event that the UK is sent spiralling out of the European Union in a blaze of glory and patriotism (and also without any idea as to how things will work moving forward with our EU neighbours) it is estimated that 75% of Heavy Goods Vehicles (HGVs), some of which carry UK exports bound for EU markets, will not have the correct paperwork in order to leave the country.

Overall “border-readiness” is perhaps one of the greatest concerns to those in government who challenge the idea of a no-deal Brexit, alongside the Department for Transport, who originally raised their concerns regarding the 75% figure.

The main reasons these problems will arise is due to the fact that customs documents needed to cross the border will change in a very short space of time, provided a no-deal Brexit is reached.

In order to try and manage the extra traffic, a temporary site was built to hold extra lorries and reduce queuing at the port itself. This helps reduce the overall chaos, as currently each lorry takes 2 minutes to pass through the border, with a maximum of 60 lorries able to pass in the space of an hour.

The Department of Transport are clearly hoping that drivers will take the initiative and ensure that they have their papers in order, with a spokesperson stating: “If hauliers have the correct documentation, disruption at the border should be limited.”