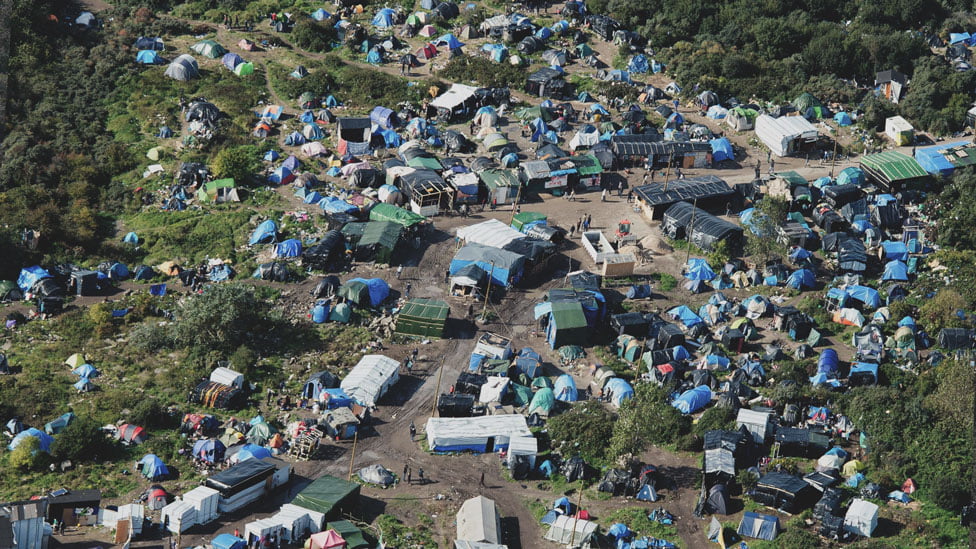 Gangs have been spotted loitering close to the port and lorry parks.

Evidence of their arrival in Calais, just three months after the notorious Jungle camp was closed, has sparked fears of a new border crisis. The Daily Express has witnessed activity in the town and at a stop used by dozens of UK hauliers in neighbouring Marck.

Officials on both sides of the Channel are concerned the arrivals could trigger a resurgence in human trafficking gangs and a return to the chaos seen in northern France during the summer.

Road Haulage Association chief executive Richard Burnett said: “We warned that if levels of security were not maintained it would be inevitable there would be a resurgence in migrant activity.

“That inevitability has now become a reality and the risk to UK-bound hauliers is increasing on a daily basis. “We stand by our demands that the French military be deployed to protect drivers and the people of Calais.”

he Jungle was dismantled and 10,000 migrants dispersed in October.

At the same time Britain stumped up £36million to maintain security in the area.

There are now thought to be at least six informal migrant camps in the region and an official camp at Grande-Synthe, near Dunkirk.

The National Crime Agency says people smugglers charge as little as £112 at this time of year but a “guaranteed” transit costs £6,900.

“Unless the French government gives the police the manpower and authority to act the problem will escalate.

“The Schengen Agreement and the European Union’s inaction in tackling the crisis mean people traffickers are laughing at the promises of the French government to keep the camps clear.

“Until the EU takes action to suspend Schengen and stop this crisis at its source this will be an ever-escalating cross-border issue that will continue to pose a serious humanitarian and security threat.”

The Home Office said last night: “We must continue to fight against the gangs. That is why we established the Organised Immigration Crime Taskforce. On top of this, Britain and France are working together to further bolster ports in France.”