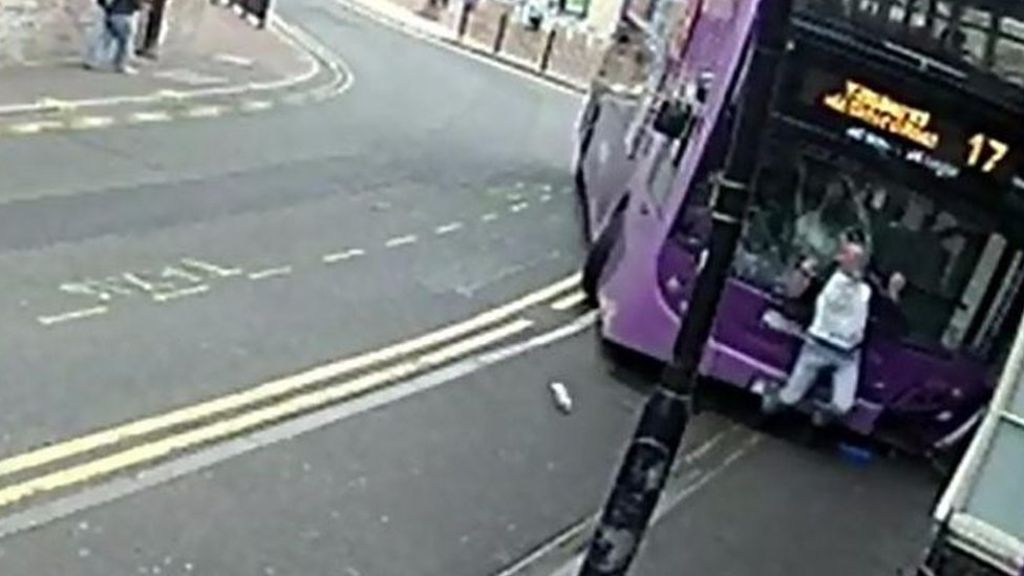 Recently a man, who was hit by a double-decker bus in Reading, simply got up and walked into a pub. This news was hard to believe unless its CCTV footage was released.

53-year-old Simon Smith was considered lucky to have been saved after a purple bus swerved out of control and hit him from behind just after he crossed a road on a Saturday morning. The bus mounted the kerb, threw him around 20 feet away and then smashed into a building. The CCTV footage shows Mr Smith getting up unaided and walking calmly into the Purple Turtle Bar on Gun Street in Reading. The fact that the windscreen of the bus was shattered shows the intensity of the impact. An ambulance was immediately called which transferred the man to a hospital to get checked. He was released from there later in the day with only minor injuries.

The road was closed for about two hours. No arrests were made. The vehicle involved in the accident and the driver have however been taken off the road and an investigation into the incident is being carried out.

Mr Smith, an HDV driver from Earley, near Reading said that at first, the police and paramedics did not believe him when he narrated his story because they thought if a bus had actually hit him, he wouldn’t be here talking about it like this. They believed he must have been hit by the debris. It was only after watching the CCTV footage that everyone agreed that he was in fact hit by the bus.

The Reading Bus spokesperson stated that he was shocked at the unfortunate incident and glad that the pedestrian did not suffer any major injuries and that the passengers on the bus also remained safe. He added that all their drivers are very professional and the buses are regularly checked by an award-winning engineering department.