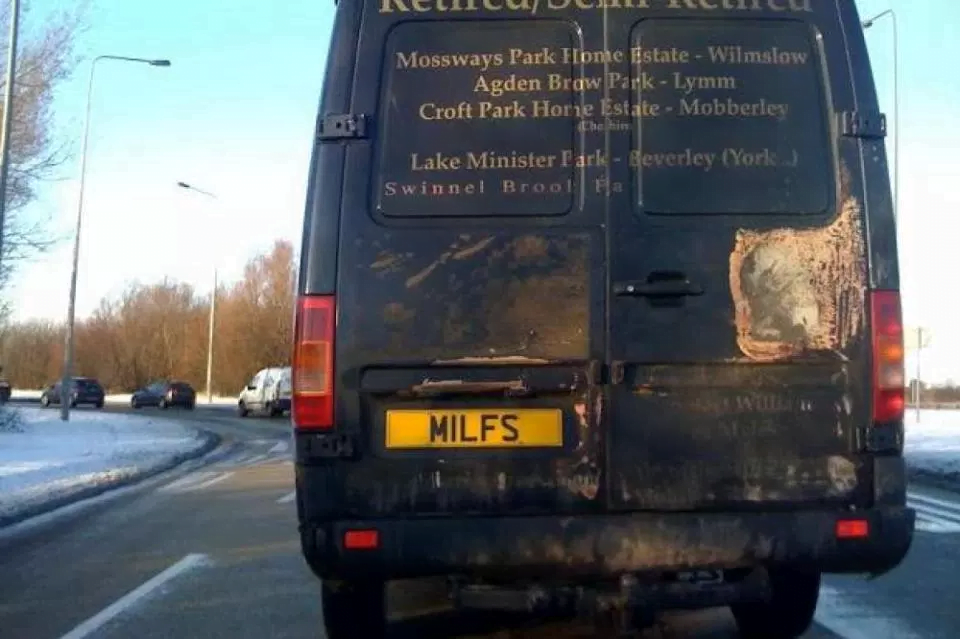 Too much of fun can sometimes get you into trouble. Recently the Driver and Vehicle Agency (DVLA) banned hundreds of number plate combinations which were potentially rude or offensive.

There are around 300 number plates which were withheld because they were declared unfit for the roads. These include any number plates ending with the letters ARS or DAM and those about particular years. Some others which won’t be released would be NO67 FUN, NO67 END, MU67 GED, DO67 ERR, BA67 TRD and ST67 BBD.

The possibility of seeing these number plates on the road are almost none because even if somehow they slipped through DVLA’s net and made it to the roads, they were reported as abusive and were withdrawn. By seeing these examples you get an idea about the times personalised number plates went a little too far. Some of these were as despicable as S12 LAG, POO IIE and TE51 CLE!

The number plate JH11 HAD was spotted in Newport, South Wales, and the authorities were informed about it. They responded by saying that letting this go on the road was a mistake at their end. Eventually, it was withdrawn. DVLA declared that they also banned number plate combinations such as JE* HAD and J11 HAD.

Some of the number plates as blunt and vulgar as DICK0 and BL02 J0B are an embarrassment for the nation, especially when the drivers very proudly display a GB sticker next to the plate as well!

It was stated in the Freedom of Information (FOI) document that it is the authority’s responsibility to ensure that any combination of number plate which might be potentially offensive, embarrassing or in any way upsetting for the general public, must be withheld. These could be on the grounds of racial, religious, political grounds or simply because they are impolite or poor in taste for the people of this country to see.