HomeThieves Steal HGV and Get Stuck 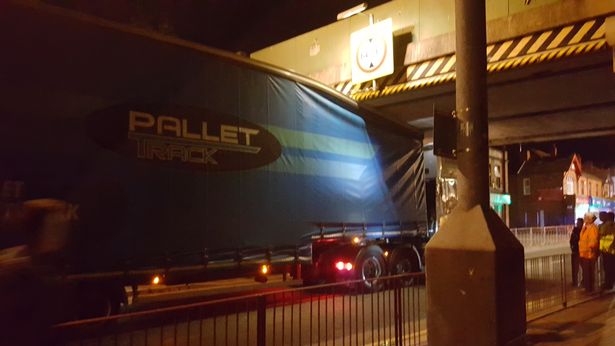 Thieves Steal HGV and Get Stuck

There are times when all the clever plans go wrong if you don’t do your homework properly or simply if lady luck is not on your side! Recently, thieves who stole an HGV from Bristol had a similar experience.

In July 2017, the North Wales Police received a report at around 11:45 pm that a Wagon (DAF truck) was stuck under the Railway Bridge in Chester Road West Shotton. Emergency services were dispatched to the place of incident, soon afterward. However, according to eyewitnesses and the police, to everyone’s surprise, the driver and passenger fled the scene before the arrival of the emergency services. “When we went out, one of the police said the driver had done a runner.”

This was enough to prove that the HGV was a stolen property. The police carried out an extensive search for the thieves, but unfortunately, they had fled on foot and could not be located.

After an initial investigation, it was found that the HGV was stolen from Bristol area and when the thieves could not go past the Flintshire Bridge they decided to make a move, leaving the vehicle behind. According to the Police, no injuries were reported. Further inquiries are now being carried out to identify all the people involved in this incident.

Since the concerned bridge is significant for the Railway system because of it being a part of the Shotton Higher Station, Network rail received information about the incident within five minutes. They sent their engineers immediately to see if the vehicle caused any damage to it, while the vehicle was successfully recovered from underneath. Luckily there were no trains running at the time, so no disruption was caused and all work was restored back to normal at 1:18 am.