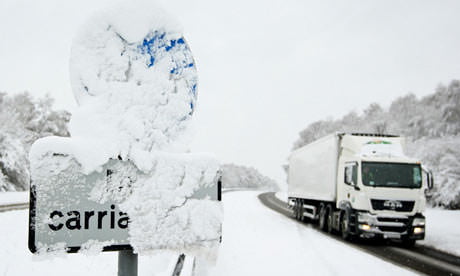 The countdown to Christmas has begun and people have increased online shopping to make use of the deals offered by retailers. But a major shortage of lorry drivers could mean the goods bought might not get delivered in time!

According to the Road Haulage Association (RHA), there is a shortfall of 45,000 to 50,000 HGV drivers in the UK, which can have a very harmful effect on Christmas deliveries and on the UK economy. The RHA is known to represent 8,000 haulage companies. The chief executive of RHA recently stated that with thousands of old drivers leaving the industry and young drivers being unable to pay for the truck license fee, costing £3,000, the situation is getting worse each day.

In the UK, 2.2 million people are employed by the road freight industry and its associated warehousing operations and more than 85% of goods bought by people; need to be transported by HGVs, at some stage in the supply chain cycle.

To draw attention to this issue, the RHA is planning to get MPs involved in their first ever National Lorry Week. The industry plans to hold events across the UK, for this purpose.

With the ever-increasing demand from retailers to offer fastest and cheapest deliveries to online shoppers, van drivers are getting ready to distribute a record number of parcels this year.

The HGV industry is an essential part of the British economy and the government must take steps to help with the shortage of drivers, to prevent major damage being done.