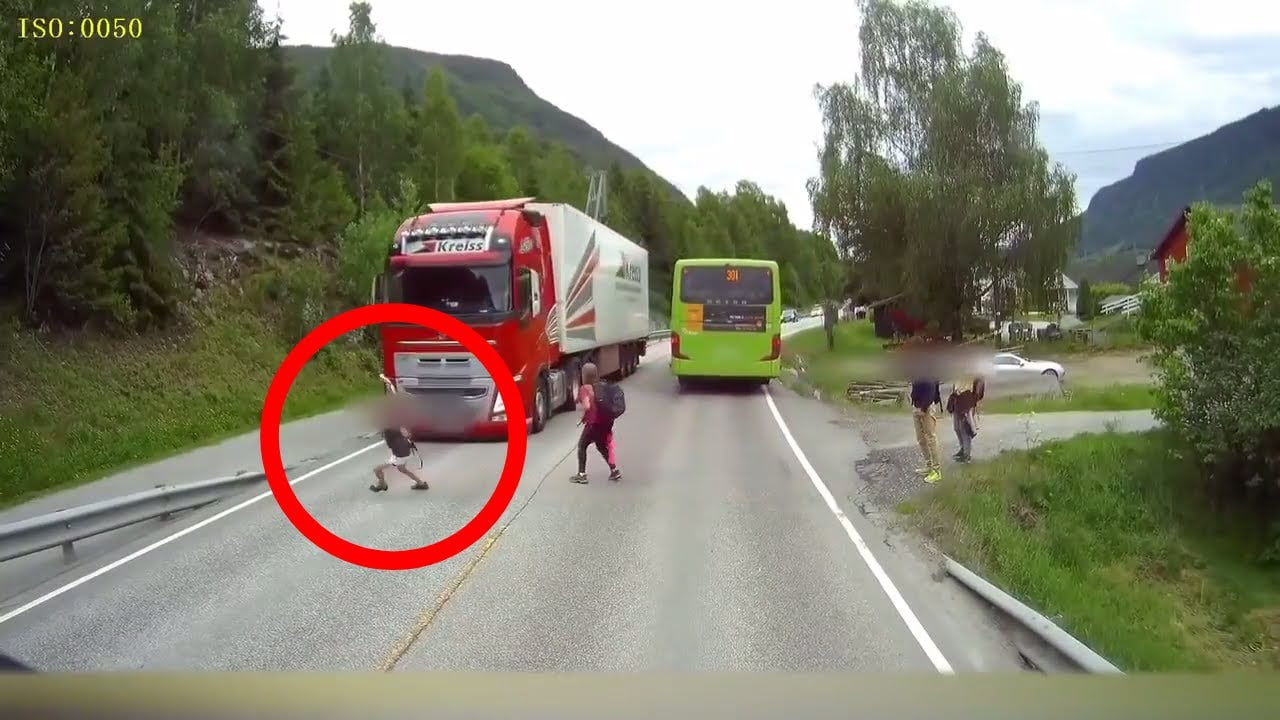 You have to take lessons, get road safety awareness, and prepare for unforeseen circumstances in order to be called a qualified HGV driver. But, even with all the preparations, sometimes, drivers fail to react fast enough in emergency situations, which results in road accidents and in loss of lives.

Recently, an HGV driver in Hoyanger, Norway set an example for others when he heroically saved a child’s life by reacting instantaneously and breaking in time on a high-speed road. It’s true not all heroes wear capes. A Dashcam footage made by a nearby lorry, showed a group of children getting off from a bus and standing next to the bus, which stopped at a side of the road. Some of the children moved onto the grass, by the road. However, one child suddenly ran to cross the road. With the school bus blocking his view, he was unaware of a huge lorry coming speedily, from the opposite direction.

On seeing the child, the driver instantaneously sounded the horn, but by this time, the boy was already halfway, in front of the lorry. The child was unable to cross the road completely because of safety barriers, on the roadside. However, the vigilant driver used emergency braking to stop the vehicle immediately and prevented the vehicle from hitting the child.

Eyewitness, truck driver Tor Bjørn Kyrkjebø, said he was witnessing the incident but unfortunately, there was not much he could do to help, except for blinking his lights and sounding the horn to alert the traffic on the road and the children, which he did, straightaway.

He later released his dashcam footage to the Norwegian site NRK to raise awareness about the dangers on the road. This incident proved how timely action taken by road heroes like this driver can save a life.