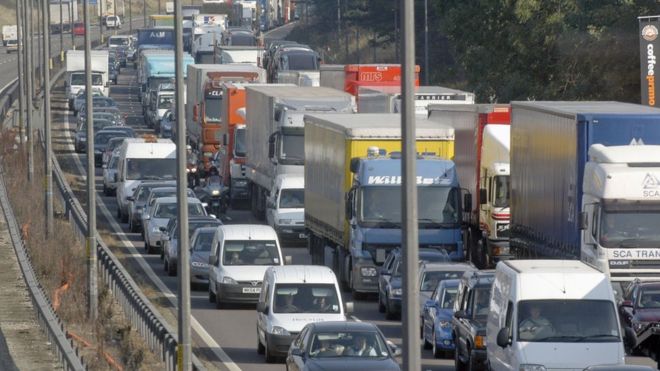 It has been confirmed recently that the government is reflecting on ‘Pay-per-Mile’ scheme for Lorries. In a recent statement made by Transport Secretary Chris Grayling, it was said that the existing HGV tax, which covers the cost of deterioration of the road networks is being discussed. Several objected to this new scheme by pointing that the present system excludes foreign drivers using UK’s roads during their visit, from contributing towards the maintenance of the roads. According to the Road Haulage Association (RHA) taking maintenance expenditure from Lorries alone was an unjust step. A better solution needs to be found for this issue.

During an interview aired on BBC Radio 4, the minister said that the government aims to create a balance between British hauliers and international truckers. He acknowledged that local lorry drivers criticize the fact that a mainland lorry driver uses the UK roads for several days, with their vehicles filled with lower duty diesel and return without paying any maintenance cost for the roads. According to the minister, the current system does take a little amount of payment but the government is looking to improve the procedure. An RHA spokesperson declared it to be a great measure, that more money will be spent on the roads; however, it is quite unfair to only target Lorries with a new tax.

The government has also launched an investigation to find out which A-roads in England require capital to improve their condition. It is estimated that around 5,000 A-roads in England would need a multi-billion pound grant to improve the road networks. The Department of Transportation has announced funding to revive the situation of the roads. Though, it has also requested the local councils to contribute up to £100m towards the cause.

This plan is expected to be put into action by next year and will hopefully improve conditions for many medium-sized towns situated next to these A-roads, which face issues such as pollution and traffic congestion. Taking measures such as building bypasses and improving road conditions, is envisaged to bring about a positive change in the entire system.