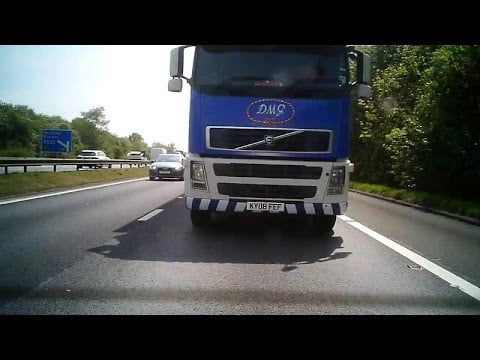 A new campaign has been launched by Highways England to alert drivers of the risks of tailgating with new figures showing that driving too close to the vehicle in front causes more than 100 deaths and injuries on the road each year.

Highways England said that while a small minority of tailgating is deliberate, most is unintentional by drivers who are unaware they are dangerously invading someone else’s space.

Richard Leonard, the head of Highways England said “If you get to close to the car in front, you won’t be able to react and stop in time if they suddenly brake.”

“tailgating makes the driver in front feel targeted and victimised, distracting their attention from the road ahead and making them more likely to make a mistake.”

“It is intimidating and frightening if you’re on the receiving end. If that leads to a collision, then people in both vehicles could end up seriously injured or killed. We want everyone to travel safely, so the advice is – stay safe, stay back”

Highways England state that tailgating causes one in eight casualties on the strategic road network each year – with more than 100 killed or injured.

A survey carried out by Highways England reveals that tailgating is the biggest single bugbear drivers have about other road users. Almost 9 in 10 people have either been a victim of tailgating, or witnessed it and more than a quarter admitted to tailgating.

Former Formula 1 world champion, Nigel Mansell, is supporting the campaign In his role as the president of the Institute of Advanced Motorists RoadSmart.