HomeWhich Will Keep the Haulage Industry Moving in the Future – Hydrogen or Lithium? 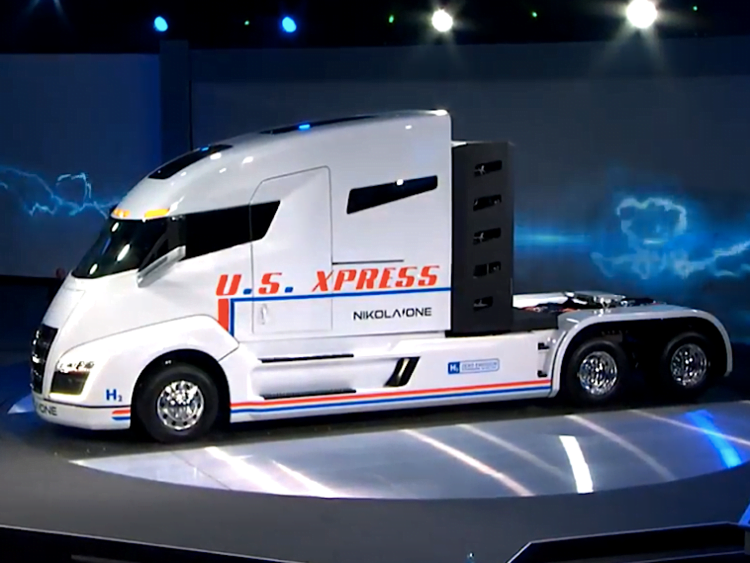 Which Will Keep the Haulage Industry Moving in the Future – Hydrogen or Lithium?

Long before the concept of Hydrogen becoming the principal vehicular fuel of the future was dismissed by Elon Musk as “silly, mind-bogglingly stupid and fool cells” there was a debate raging over just how practical the use of the odourless, colourless and highly flammable gas was in comparison to battery powered cars and road haulage trucks of the future produced by the likes of Tesla.

Stakes have risen sharply recently, with not only corporations placing bets on their favourites – but Governments are now getting involved with some opting to back both to get a result. How do the two compare when it comes to their relative merits? It appears to depend on your optimism when imagining technologies of the future.

Hydrogen does have clear advantages as a fuel of the future at first glance, having a specific energy output of 40,000-watt hours per kilogram in comparison to the less than 280 with a lithium ion battery. Hydrogen also adds no additional weight to the electrically powered vehicle, meaning they can cover vastly more distance than battery powered equivalents.

Hydrogen also has the upper hand on refuelling, with the process about the same as a conventional diesel or petrol vehicle – whereas an electric vehicle is a lengthy process, even with latest quick charge options and they need to be recharged more often. So why even bother with cumbersome batteries?

One of the things which offsets these advantages, is current high cost of production. The amount of energy required to produce hydrogen results in a cost “at the pump” of around 8 times higher than what electrical recharging comes in at. Musk cannot foresee any way of producing quantities of hydrogen required without vast amounts of electrical energy being used to separate hydrogen from water.

However, this is not a view shared by all – some are now are confident new technologies will reduce the cost. Hydrogen has an obvious lure, being the most abundant element in the universe, present in all water. However the most common form of extraction, steam reforming, actually uses an energy source, natural gas, with a better energy yield than the finished product and the process produces considerable pollution – raising questions over its viability.

Muak envisages that all vehicular hydrogen will be collected using conventional electrolysis, separating gas from water using electricity, but more efficient and advanced techniques are being investigated and employed. Polymer-exchange Membrane Electrolysis is more efficient, losing only around 20% of energy generated by the extracted hydrogen – this technique is predicted to become more efficient. However, it will still lag behind lithium-ion in terms of efficiency. Li loses only 1% of energy used to produce it.

The next point to take into consideration is logistics, with most of the produced hydrogen used directly on site. A whole new set of problems come with the storage and shipping hydrogen, as well as cost. Electricity flows from anywhere it is wired to, meaning vehicles can be charged with much more ease.