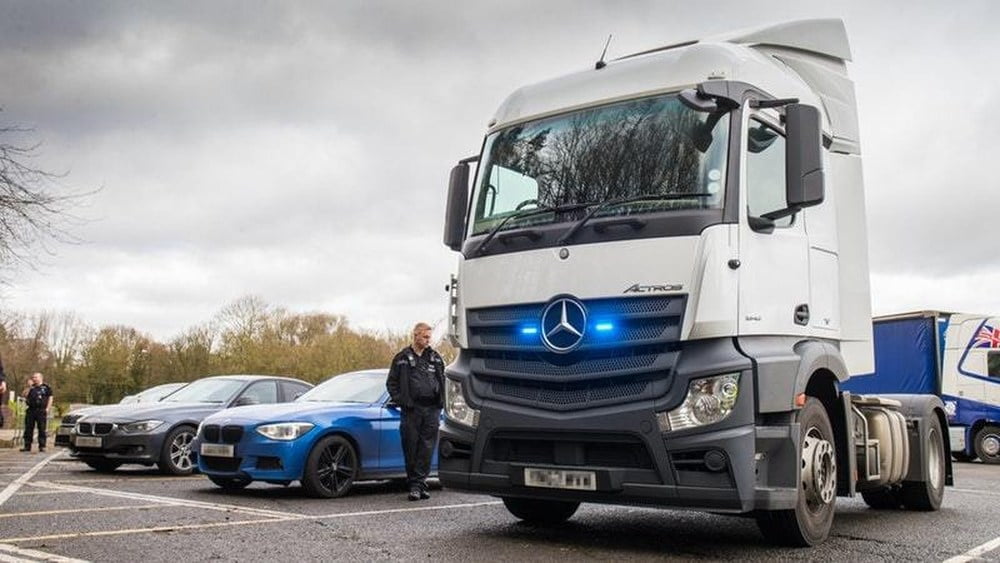 Police have used a lorry cab patrolling the M1 to gain a fresh perspective into drivers breaking the law. The unmarked cab, driven by undercover Leicestershire Police offers stopped 19 lorry drivers in just one day.

Operation Tramline took place on Thursday October 11, when an unmarked HGV ‘tractor unit’ took to the M1 to catch drivers breaking the law on the road. In the operation, 12 seatbelt offences were reported, three drivers were caught using mobile phones, one had a defective tire, with one driving a stolen vehicle and another seized for having no tax.

PC Tony Bunker, who led the operation, said: “Whilst it is extremely disappointing that we are not getting the compliance that we would expect from a number of HGV drivers in terms of driving behaviours, the operation has been successful, and we hope this sends a strong message to other HGV drivers on the road. It is important that we continue to enforce road traffic law to keep the motoring public of Leicestershire and the East Midlands safe and go about their journeys unhindered”