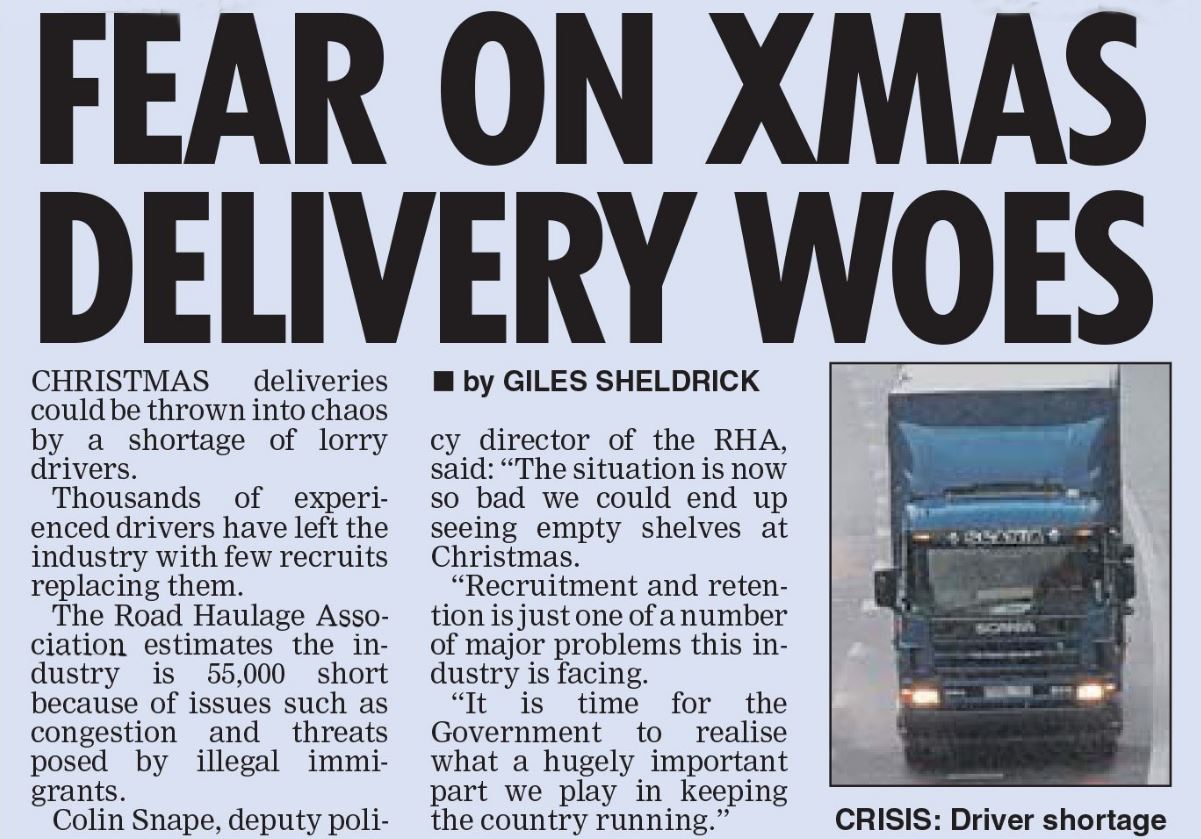 Recruitment firms have revealed they are struggling to find truckers for retailers and distribution companies during the busy Christmas period, putting deliveries at risk.

While only a fifth of companies saw no impact, more than half of them fear that deliveries will not arrive in time. Kevin Green, chief executive of the Recruitment & Employment Confederation, said “The nightmare scenario for many families is no presents and crying children on Christmas Day.

With the current shortages of lorry drivers in the UK, the danger of empty shelves in shops and no deliveries is actually not that far away.”

The warning comes after a survey of more than 50 companies by the REC – with seven in ten claiming that the shortage was growing.

According to the Freight Transport Association (FTA) the UK is currently a staggering 52,000 drivers short of what is needed with the REC warning the crisis will only get worse as half od drivers are over 50.

Green said “Nearly half of lorry drivers are over 50 years old, so this ‘on the road’ generation is not far away from turning off the engine for good.

“Young people don’t want to work as drivers anymore. For them, the job no longer smells of freedom.”