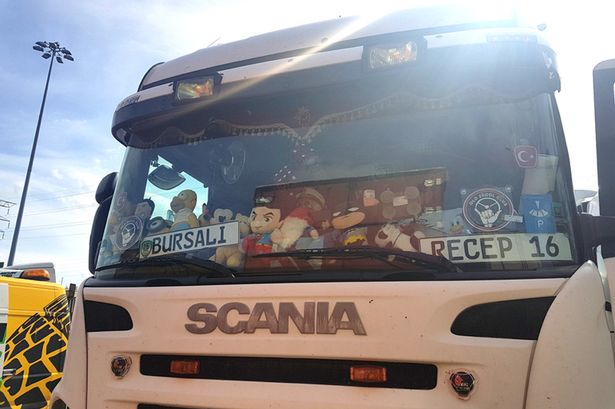 A lorry windscreen obscured by dozens of cuddly toys and other memorabilia, was described by police in Kent as “the worst they’ve ever seen.”

Making an appearance on the dashboard of the Scania HGV were characters including Homer Simpson, Batman and Donald Duck – as well as a novelty number plate featuring the name of Turkish president Recep Erdogan.

The image was uploaded to twitter, along with the tweet saying “This chap wins the record for most obstruction of view awards… That’s the worst I’ve come across”

A Kent police spokesman said: “Officers stopped a lorry driver for having an obstructed view during the afternoon of Thursday 3rd May on the A282 near to the Dartford River Crossing. Officers found that he was also over driver hours and he was fined a total of £700.”