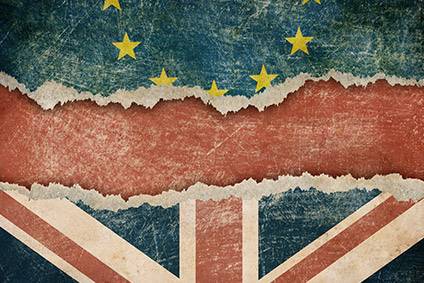 The Road Haulage Association (RHA) has welcomed the HMRC announcement of a short-term suspension of the introduction of Safety and Security Declaration to allow operators to focus on post-Brexit border issues.

If the UK leaves the EU with no deal, British authorities have unveiled plans to phase in pre-arrival forms for EU imports known as Entry Summary Declarations.

A series of meetings were held between officials and representatives of the haulage industry to confirm that the status quo will temporarily me maintained from 29 March, as they will not need to submit Entry Submission Declarations on imports for a period of up to six months.

Entry Summary Declarations are not currently required for the import of goods from the EU – they will however continue to apply for trade from the rest of the world.

RHA Chief Executive, Richard Burnett said “It is clear the government has listened to us, we have been insistent the proposal to introduce consignment level safety and security declarations for imported haulage would be impossible to introduce by 29 March. The extension will help, but it still isn’t enough. There’s no guarantee business will have the necessary processes in place in six months’ time. It’s just a stay of execution.

“We need practical simplification of the system to ensure it works for everyone and we will continue to push for this. However, the issue of goods leaving the UK and entering the EU by roads remains. As things stand on the demand will also be for consignment level declarations for these road-based movements.”

The RHA continues to call for the ‘massive simplifications; of the declarations after the six-month suspension, noting government authorities will obtain the data on all shipments “from other sources anyway.”

“demanding a repeat of the same information, as currently planned, to meet unnecessary bureaucratic specifications is wrong-headed and inappropriate,” adds an RHA statement.