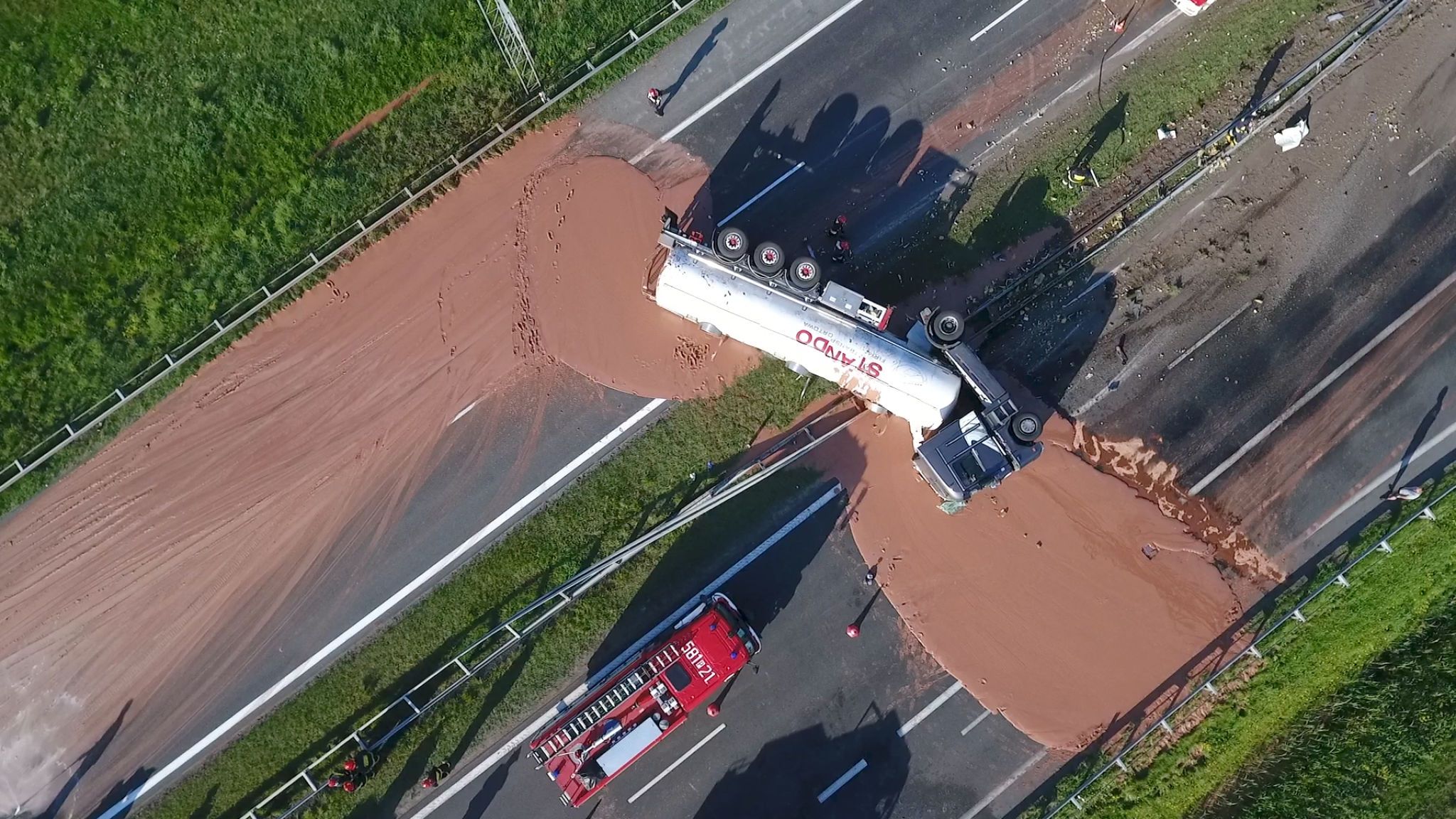 A lorry overturned on a Polish highway, causing chaos as six lanes were covered and traffic blocked by tons of liquid hot chocolate. The accident happened on a road between Wrzesnia and Slupca near Poznan.

Images showed the truck surrounded by brown chocolate which solidified and caused a huge sticky mess on the road with rescue officials saying that the mess would require large amounts of hot water to clear away and that the cooling chocolate would be worse than snow when it came to dangerous road conditions.

The driver was taken to hospital with a broken arm, with no other casualties and it is not known why the lorry was carrying so much chocolate on the fateful journey.