HomeTower Hamlets Council creates cycle-aware course for HGV drivers after deaths on A11. 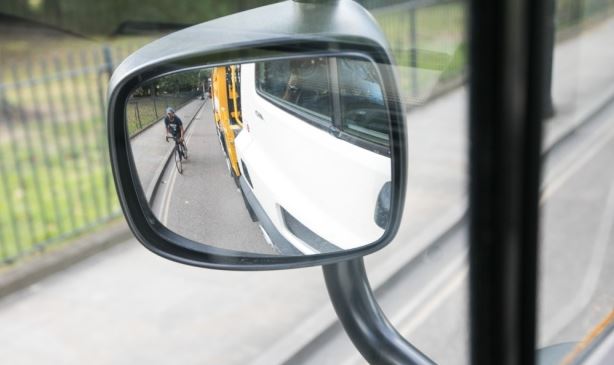 Tower Hamlets Council creates cycle-aware course for HGV drivers after deaths on A11.

Tower Hamlets Council are setting up a training course putting lorry drivers firmly in the cyclist saddle to see what dangers cyclists face on busy traffic roads. The seven-hour course includes a spell on two wheels, so HGV drivers see the road from a cyclist’s perspective and understand hazards they face..

“IT can be daunting riding behind a lorry,” Tower Hamlets mayor John Biggs said. “We want to make sure drivers are aware of the risks. This training is aimed at preventing another person dying or suffering a life-changing injury.”

The council is working with companies and haulage firms, such as JB Riney highways contractors, which has switched to a new fleet of high visibility lorries.

The new vehicles have 360-degree cameras, cycle warning lights and an audible turning alarm to prevent road accidents. Transport manager, Steve King said: “We are acutely aware of the impact of our fleet on other road users, particularly vulnerable cyclists and pedestrians.” The company also backs the Met Police “exchanging places” program letting cyclists climb into HGV cabs to see the road from the lorry driver’s view.

The A11 running between Whitechapel and Bow has become one of the deadliest main roads for cyclists, as well as the A13 Commercial Road to Limehouse. Two people were killed within minutes in separate accidents in February 2017. A 32-year-old woman was crushed under the wheels of a coach in Whitechapel Road, and then minutes later an 80 year old pensioner was killed outside the Troxy theater on Commercial Road.

The worst year for cycle deaths was 2013. A 24 year old high-tech entrepreneur from Bethnal Green created a networking app for digital start-up companies died at the Bow Roundabout after colliding with a double decker bus, one of five cyclists who were killed in London in a space of just 9 days – with three of these deaths occurring on the A11.

A 20 year old cyclist died under the wheels of a bus at the Gardner’s Corner junction of Whitechapel High Street and Commercial Road and a French student living in Bromley-by-Bow was killed at the same junction by a trailer lorry. She was too low to be seen by the driver, an inquest ruled.

A tipper lorry killed a 62 year old hospital porter just 100 yards from the Mile End Hospital where he had worked for 40 years.