HomeNewport has ‘best bus drivers in the world’ 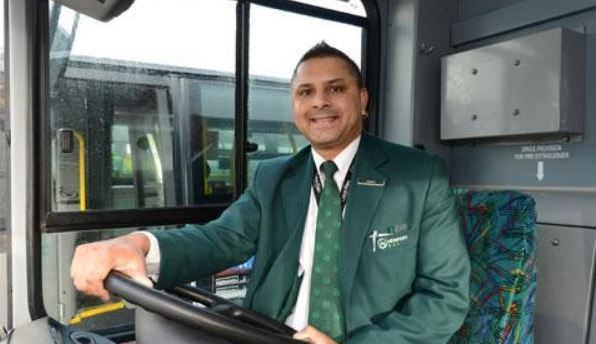 Newport has ‘best bus drivers in the world’

NEWPORT is home to some of the best bus drivers in the world according to a review by driver behaviour specialists GreenRoad.

Ten Newport bus drivers have been recognised among the world’s very best following an assessment of more than 71,000 drivers across the globe.

GreenRoad assessed drivers on the scores they achieved for driving over the last 12 months.

The assessment included all types of HGV and PCV drivers from countries including America, Germany, Belgium and Canada.

GreenRoad is an eco-driving system, which allows drivers to monitor how they are performing through special sensors fitted to their vehicles. These sensors report on each of the driver’s manoeuvres and through a red, amber and green light system on their dashboard tell them whether they are driving too harsh or too quickly.

The system has allowed Newport Bus to reduce the amount of fuel it uses through more economical driving.

Hundreds of companies across the world use GreenRoad and each year it measures how more than 71,000 participating drivers have performed, with the top 5 per cent joining its prestigious Fleet Elite.

Managing director, of Newport Transport Scott Pearson said: “This is such a fantastic achievement for all the drivers concerned. To be recognised amongst the world’s best is something very special indeed.

“We introduced GreenRoad technology to our buses so that we could reduce our CO2 emissions and make our buses even more enjoyable to travel in. The fact our bus drivers have been recognised in this way is a privilege we are very proud of.”

Andy Cozens, GreenRoad Senior Consultant, said: “It really is a tremendous achievement for the drivers who achieved the fleet Elite status at Newport Bus.

“It’s been just over 12 months since the launch of the system at the company and to maintain the incredibly demanding scores required to achieve the Fleet Elite standard, in what is one of the most demanding types of driving environments, demonstrates how skilled these drivers are.