HomeBin Lorry Stranded as Heatwave Melts Road Surface Around It 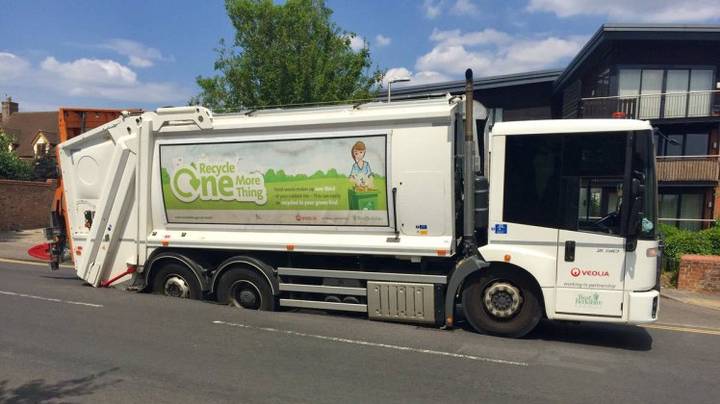 Bin Lorry Stranded as Heatwave Melts Road Surface Around It

In July, a bin lorry became stuck in a Berkshire road as extreme temperatures were causing roads to melt.

Old Bath Road in Newbury was blocked after the refuse and recycling collection truck’s back wheels sank into the road’s surface as temperatures went above 30 degrees in some parts of the UK.

The crew were thrown forward when their lorry suddenly lurched to a halt with their road collapsing around it. The vehicle was causing traffic problems in the town center on Thursday with drivers trying to find their way around the blockage.

Thames Valley Police confirmed that the road was closed “when a council refuse vehicle got stuck after the road appeared to open up” with the road remaining closed overnight to allow for the damage to be assessed.

Gritter lorries were also called out in recent days to spread rock dust on melting tar to create non-stick surfaces as roads began to melt in parts of England. Fire crews had to be called out after a man got stuck in a sinkhole in Heaton, Newcastle, when another road had melted around him. The unnamed man was on his way to get breakfast as the asphalt melted in the heatwave and gave way underneath him. Firefighters had to use a hammer and chisel to cut the man free as he was stuck in the road, thigh high downwards, for around 20 minutes.