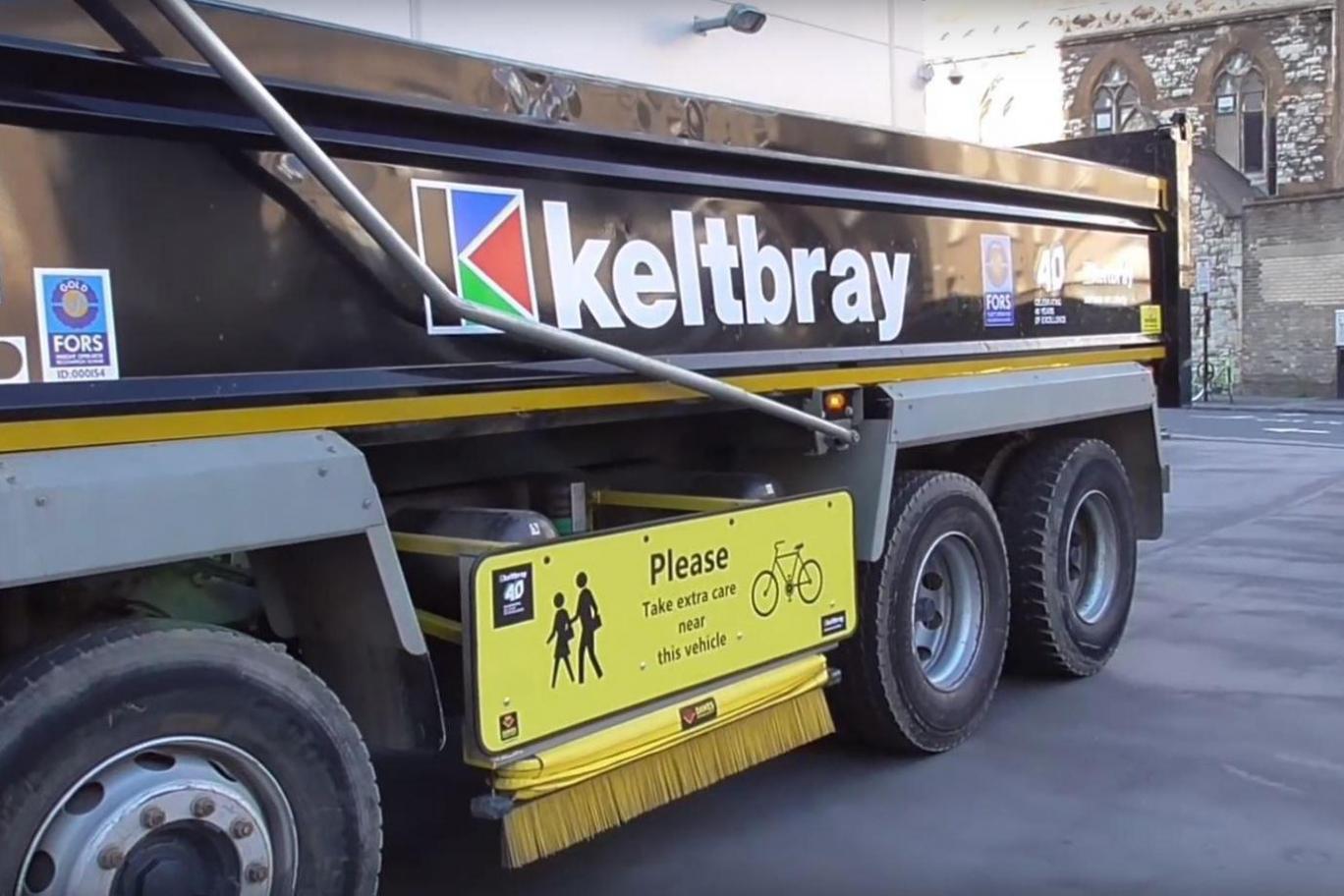 A former traffic policeman has invented a device to stop cyclists being dragged under tipper lorries, in a bid to reduce the number of deaths on the capital’s roads.

James Dawes had been called to dozens of fatal and serious accidents involving cyclists and concluded that many were easily avoidable. He noticed the worst injuries were suffered when victims were dragged into the gap between the front and back wheels of trucks, and after leaving the Metropolitan police traffic unit he invented an “inflatable skirt” that provides a shield to stop cyclists, or pedestrians, sliding under.

The barrier is designed for use in London’s busy streets. It can be inflated from the cab, and also features permanent panels made of shatterproof plastic that reduce the risk of clothing or bike parts becoming entangled. The Met’s cycle team and City Hall officials have seen the £3,000 device, called the DawesGuard, and construction company Keltbray has already introduced it on some of its fleet of tipper trucks.

In May there were 11 road traffic deaths in London, three of them involving cyclists, prompting safety groups to stage a “die in” at City Hall. Last year eight cyclists died on the capital’s streets, seven of them in collisions with HGVs. In June 2015, graduate Ying Tao, 26, was crushed to death by a tipper truck outside the Bank Of England.

Mr Dawes, 36, said: “As a motorcycle policeman I regularly attended accidents between cyclists and large vehicles. “After realising the most severe injuries were sustained when a person was dragged beneath a vehicle’s wheels I simply had to do everything I could to stop the risk of such harm. “I will never forget the terrible effect serious accidents have on the witnesses and families of people involved in collisions.

“I gave up my 15-year career in the Met to found Dawes Highway Safety and set about developing a concept that I hoped would one day save the life of somebody’s mum, dad or child.”

Yesterday the DawesGuard was nominated for an innovation prize at the Motor Transport Awards at Grosvenor House in central London.

Keltbray’s head of haulage operations Terry Good said: “We trialled the Dawes-Guard and believe it will prevent vulnerable road users getting trapped under the nearside of one of our vehicles. The retractable mechanism is easy to operate for our drivers.”