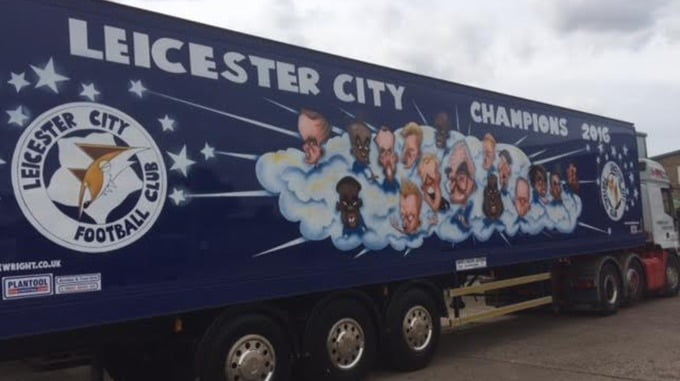 A haulage firm in Lutterworth have the faces of Leicester City’s Premier League winners painted on the side of one of their lorries in a mural.

Leicester City won the Premier League title last season after being 5000/1 outsiders with the bookmakers.

The owner of Trout Transport Ltd, Tommy Trout has been a huge fan of the club for almost 50 years. Artist, Mick Wright has put the masterpiece together, which will be seen up and down the country, when the lorry is on the road.