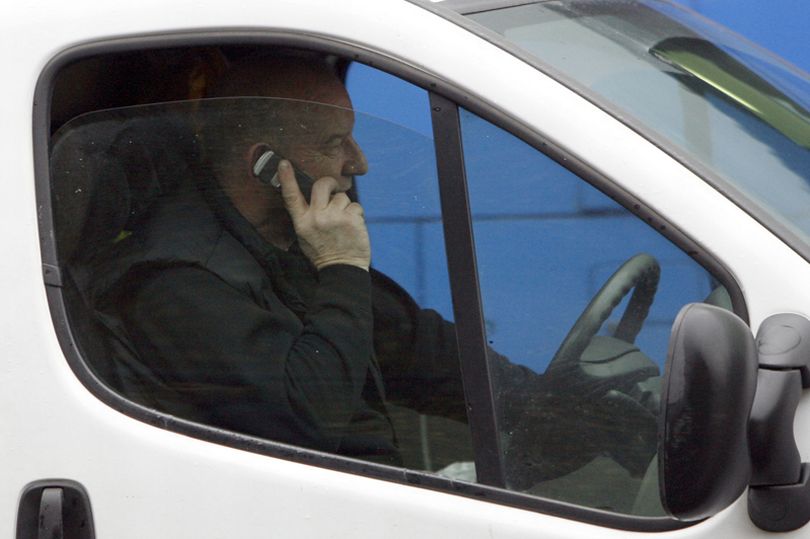 THOUSANDS of drivers are caught each year by police after using their mobile phones at the wheel.

Despite several high-profile campaigns and the government raising the fine of being caught to £200, some motorists persist in calling and texting while on the road.

Here we take a look at the legality of talking on the phone while driving and the possible consequences as new laws come into effect.

Can you use a mobile phone while driving?

It has been illegal to touch a mobile phone – even with a hands free set – while driving since 2003.

This includes using a mobile to follow a map, read a text or check social media.

The law applies even if you are stopped at traffic lights or queuing in traffic as your engine is still running.

You can only use a handheld phone if you are safely parked or need to call 999 or 112 in an emergency and it is unsafe or unpractical to stop.

You can use hands-free phones, sat navs and two-way radios when you’re driving or riding. But if the police think you’re distracted and not in control of your vehicle you could still get stopped and penalised.

The law also applies to those riding a motorcycle.

Do you have to pay a fine for using a mobile while driving?

Your case could also go to court and you could be disqualified from driving or riding and get a maximum fine of £1,000.

Drivers of buses or goods vehicles could get a maximum fine of £2,500.

If you’re caught using a mobile while driving, how many points do you get on your licence?

But new government legislation has seen the amount doubled to six points.

As new drivers only start with six points for their first two years on the road, a conviction will mean an instant ban.

Previously, motorists in some police force areas could avoid points by taking a remedial driving course.

But ministers believed it wasn’t tough enough so the new regulations now mean those caught using a mobile phone for the first time will automatically receive penalty points.

If you use a mobile while driving what can happen?

Department for Transport figures show that a driver impaired or distracted by their phone was a contributory factor in 492 accidents in Britain in 2014.

More than 200 people have been killed by drivers distracted by their devices in the last 10 years. And mobile phone use was a contributory factor in 43 fatal accidents since 2014 alone.

How many people are caught using a mobile while driving?

During a week-long crackdown in November 2016 the police snared 8,000 drivers across England, Wales and Northern Ireland.

They issued 40 fines an hour while the campaign was in operation.

They also dished out 68 court summonses, delivered hundreds of verbal warnings and identified 117 other distraction offences such as eating while driving.

When do the new rules come into force?

If you’re a new driver and you get caught this means you could be facing a total ban.

So if you want to keep using your vehicle and avoid a £200 fine, program your sat nav before you set off and wait to reply to that text message until you’re safely parked.