HomeThe Most Dangerous Roads in the World for a Trucker 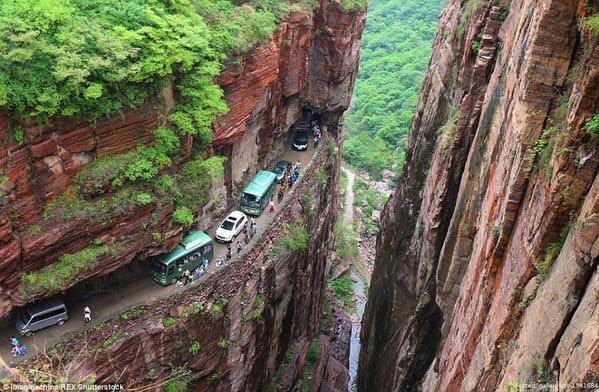 The Most Dangerous Roads in the World for a Trucker

Truck drivers can face some truly horrific working conditions – imagine being 13,000ft up a mount, driving along a narrow gravel road, sandwiched between a sheer drop and a solid rock face.

A landslide could be caused at any moment by a thunderstorm, washing away the track beneath you – or you could not even be driving on gravel but on ice. This is the reality for some truck drivers.

Here is a round up of five of the worst roads out there you could face as a truck driver:

Ranked among the most extreme in the world for its remoteness, and the conditions it faces as well as the dirt and gravel road surface this road was originally constructed to service the Trans-Alaska pipeline in 1974. The road spans some 414 miles, the road passes through only three towns – which have a combined population of under 100 people – this means that there are only three gas stations along the route and devoid of any services. Featured on television programmes “Ice Road Truckers” and the BBC’s “World’s Most Dangerous Roads”, this infamous highway poses numerous challenges to truckers. Freezing temperatures, terrible visibility and some mammoth potholes are just some of the hazards you may face.

The Sichuan-Tibet Highway is considered to be one of the most extreme and deadly highways. China’s longest high-altitude road is a regular route for truck drivers heading to the top of the world, along the way they will face tough conditions such as: snowy mountain peaks, hairpin bends and deep gorges. This highway covers over 2,400km and reaches altitudes of 20,000 feet. Drivers travel from warm spring conditions to icy, frozen mountain passes and face threats of rock falls, mudslides and altitude sickness. In order to improve safety and the journey time, China opened up the world’s highest road tunnel. Even with this improvement however, the journey still ranks among the world’s most dangerous.

The Guinness Book of World Records names this particular stretch as the world’s longest drivable road. Cutting some 30,000 miles across North and South America, the most perilous part of this journey can be found in Costa Rica. The road is so poorly maintained tat it can wash away in the rainy season – making the already steep curves and large potholes even more of a difficult undertaking to navigate. Reaching altitudes of 13,000 feet at Cerro de la Muerte (the Hill of Death) drivers are faced with extreme weather conditions such as freezing temperatures and endless fog reducing visibility so much it can be impossible to see the road ahead as it narrows and descends through forests in a maze of zigzags. This road is not for the faint of heart.

This route hasn’t earned the title of “Death Road” for nothing! Extremely narrow roads and drops of up to 2,000 feet make this road incredibly dangerous to navigate. This road links the rainforests of Yungas with the Bolivian capital of La Paz and is heavily used year round by all manners of vehicle. Named as most dangerous road in the World in 2006, owing in part the sheer number of fatalities in 1995, there were improvements made to the most dangerous section in 2008 – however it still remains one of the most dangerous routes for truck drivers.

This particular mountain pass makes up part of a main supply pass between Santiago in Chile and Mendoza in Argentina, this particular route lies on the Chilean side of the boreder and is heavily used by trucks. This road, which has come to be known “Los Caracoles” or the “snails pass” by locals ascends almost 10,500 feet and includes over 20 hairpin turns – many of these with no safety barriers. The road is covered in snow for most of the year, and there is a constant threat of rock falls. Despite these hazards, the road has a good safety record and has also been named as one of the most scenic routes.