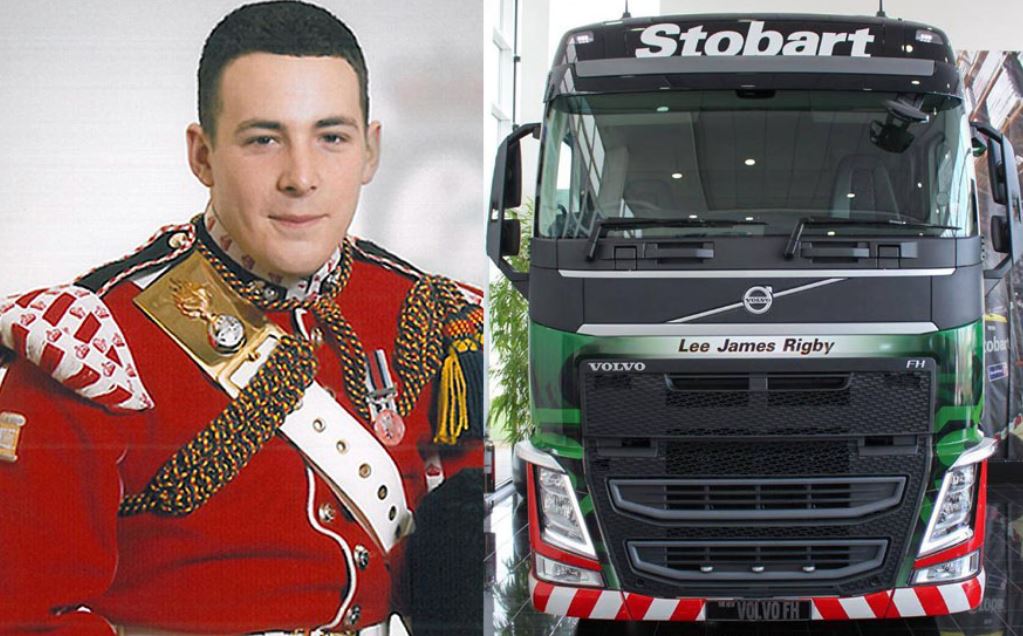 Who Remembers Stobarts 2nd ever ‘Male Truck’ after Lee Rigby

An H4100 truck which proudly displays the British soldier Fusilier Lee Rigby’s name was revealed in a special ceremony held in Stobart’s museum in Crick, Northamptonshire. Lee’s father, Phil McClure, who works for Eddie Stobart was given the honour to unveil the truck. The ceremony was also attended by his mother, wife and 4-year-old son. ‘Help for Heroes’, Lee’s favourite charity organization’s representatives were also there.

Lee who was a ceremonial drummer with the Royal Regiment of Fusiliers had served in Afghanistan as a machine gunner. According to his father, he had a great interest in the firm Eddie Stobart and wanted to join it after he left the British army.

The haulage giant’s chief executive William Stobart, stated at the ceremony that it was a proud moment for Eddie Stobart to honour Lee’s memory. By naming a truck to honour a British hero, the Stobart’s opened a gateway for others to do it as well. A year after this occasion, in 2014, a Derbyshire haulage firm followed in their footsteps and displayed Lee’s name and picture on a lorry, to give tribute to him.

We may get busy in our lives and stop thinking about the unsung heroes for a while but by naming a truck after Lee Rigby, Eddie Stobart has made sure the British soldier is never really forgotten.